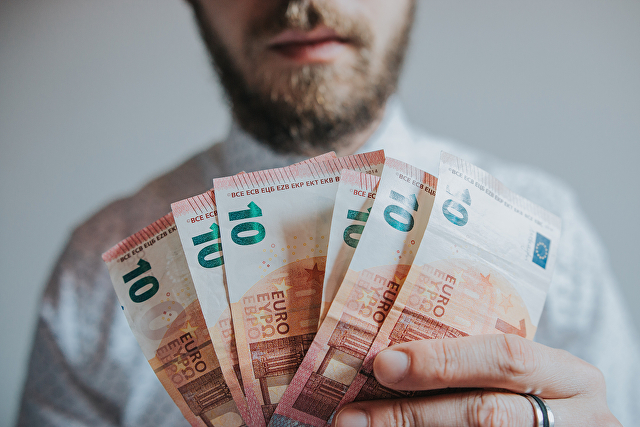 Luann Udell discusses discounts and donations on your artwork

It’s your choice, there are pros and cons, and it’s okay to do what’s right for YOU!

I have to admit, I’m totally at sea about discounts.

First, I love to get them, but I hate to give them. (Human nature, people, don’t judge!)

Second, my experience with them was problematic at best, and humiliating at worst. And rarely satisfying.

My first art donation was to an art auction in Boston many, many years ago. It was an annual event, and for the life of me, I can’t remember who benefited from it. It started as book illustrators donating work–for which they’d already been paid. This year, they opened it up to other artists and fine craftspeople. I put in one of my early art quilts, hoping for good exposure to a crowd of buyers who presumably appreciated art work.

I drove two hours from Keene, NH to attend the reception. I was surprised but delighted to see many people from the law firm I’d worked at before we left Massachusetts: Lawyers, the firm’s office manager, partners. (Don’t get excited, I was a lowly member of the secretarial pool, sent to new lawyers to the firm to transcribe/type their tape-recorded briefs.)

I chatted with several of them, but quickly realized they were having a hard time switching from seeing me as “lowly office worker” to “artist.” It got worse.

There was a “minimum bid” on the artwork but it was pretty low. Maybe one-fourth of the retail value. One person, viewing a beautiful, handmade child’s bed quilt (and I mean beautiful, quality sewing, pattern, and use of color) fell in love with it. But they said they just didn’t want to pay for even the minimum bid for it. (Trust me, even at full price, it was underpriced.)

This person made a lot of money. A LOT of money. And they were complaining at purchasing this high-quality work for $150.

I was so angry, but I pulled myself together and gave a little presentation on the piece. “This is an amazing work,” I said. I pointed out all the marks of quality, and gave an estimate of how many hours had probably gone into the piece. “It’s worth every penny of the FULL price, and would bring your child many years of enjoyment. But….” I added, “I get that handmade fiber art is not for everyone.”

And then I left.

When I looked back, they were looking at the quilt more carefully. I drove home fuming, but glad I’d said my piece and at least stood up for that artist’s work.

Years later, my first exhibiting at a high-end retail fine craft show, two people came into my booth, and one of them fell in love with two of my fiber works. They wanted a discount if they bought both.

Fortunately, the show had a strict policy about sales, discounts, and seconds. As in, NO. I shared this with them, and again did a brief summary of my process.

And my heart fell as they walked out the door.

I was devastated. But after talking with another artisan, I realized that, hard as it was to lose a sale, any sale, I would not have been happy with taking that offer.

And a few hours later, they both returned, and the person bought both pieces! Full price! Their friend had waited til they left my booth, and cajoled them into coming back. “You love them, they are reasonably priced, and they will look amazing in your home!” Hallelujah!

A few more years later, at the same show, a (problematic) acquaintance came into my booth, looked at all my work, and declared, “I want a piece of your work. But I’m disabled, so I’ll need a discount, or we can trade for my work.” (Actual quote, and no, not all people living with disabilities say stuff like this!)

I said I couldn’t do that, and did a brief recap of everything that goes into my work. I also said I had huge expenses that year, as my child was starting college, and I couldn’t afford to trade. (BTW, you can steal this quote, or your own version of it, if you don’t want to trade with someone!) “But I have some lower priced work over here, that might fit your budget.”

A few years later, a couple came into my booth (same show) on opening day. They fell in love with a big work. After much discussion, one of them said, “Will you take $$ for it?” It was amounted to 25% off.

I was desperate for income that year. My fiber work doesn’t sell quickly. So I offered 10% off, and they took it. I wasn’t happy about it, but at least I had a sale!

As I wrapped it up, I mentioned that I don’t offer discounts very often.

“Oh,” said the husband, “I’ve never asked for one before. But I read in the (famous newspaper) last weekend that it never hurts to ask for one, even at stores! So I thought I’d try it, and it worked!”

So the guy was willing to pay full price, decided to try out a discount offer, and I, insecure artist, accepted it.

I did not like the taste in my mouth. Still don’t. (I did not say anything to them along these lines, just smiled, ran their credit card, and thanked them for their purchase.

This last bit hurts so much, it’s hard to write about. Same show, years later. A couple walk by, see my work, and chatter excitedly together. They come in and share their story:

“Did you have a piece at such-and-such a show in Boston blank years ago?”

“We bought your piece! We love it!”

My heart started to lift as they raved about it. Maybe they wanted another???

“We got such a bargain! Well, we just wanted to let you know!”

So here we are, between a rock and a hard place.

Tune in next week to read about the boundaries and strategies I turn to when I’m asked for a discount or donation.